Back to Lesson Plans 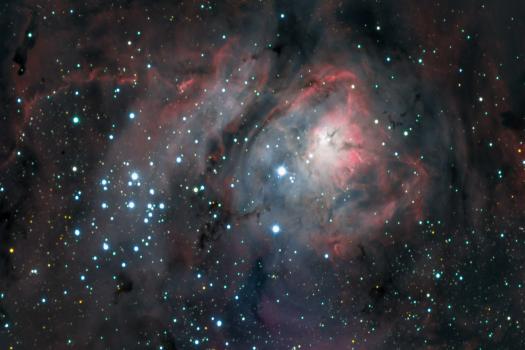 What are stars and constellations? Use marshmallows, toothpicks, and spaghetti to better understand the familiar shapes in our night sky.

Observe and record recognizable objects and patterns in the night sky.

Our sun is a star. How is it different than other stars? Other stars are very, very, far away so they appear as small lights in the night sky. Stars are always shinning in our sky, but we can only see them when our sun’s bright light is not shinning (at night).

Stars vary in size and temperature. Our sun is an average-size star. When we look at stars at night their relative brightness depends on two things, how far away they are and what size they are. Brighter stars are either closer to Earth or quite large, or both.

A constellation is a grouping of stars. Constellations are useful for astronomers, both professional and amateur, to navigate their way around the sky. Constellations have allowed humans to chart the sky into visible patterns of stars for thousands of years. Most cultures have created fascinating constellation myths and stories.

We see constellations in 2-D as if their pattern was on a sheet of flat paper. In fact, the distances between stars in constellations can be vast. Constellations are patterns that can only be seen from Earth. From other places in space, they would no longer appear as a group.

Since the Earth rotates around its axis every 24 hours, the stars appear to move through the sky. Actually, we are moving.

Students will learn about these concepts and then create their own constellations, helping them to understand Earth and Space science.

Try to do this activity near a new moon, so children have a chance to view a dark sky for their homework.

Is their constellation flat? Could our model of a constellation be better? How? What is it missing to be an accurate representation of a constellation? Explain that constellations look flat to us, but they are composed of stars that are near and far to us. Within one constellation, some stars may be thousands of light-years away from each other, but they look like they are in the same plane. Additionally, stars are different sizes. Some very large, some smaller.

Now that students have learned about stars and constellations, ask them to look for stars at home tonight. Remind Great Basin students that they live in one of the darkest places in the United States. That can make it hard to view constellations because so many stars are visible. But it makes the stars so much more beautiful to gaze at. Can they find Orion? The Big Dipper?

Have students complete the homework on the back of the lab sheet. When they return to class the next day, ask if any students saw constellations move through the night sky?

Can they guess why the constellations appeared to move? The Earth rotates and celestial objects (the sun, moon, and constellations) appear to move through the sky. Bring an image of a constellation up on your smartboard. Have the students stand and slowly rotate in a circle. They are the Earth. The constellation stayed in the same place but appeared to rotate from their view.

This video helps to visualize common constellations in 3D